Brief: Use a combination of quality, contrast and direction of light to light an object to reveal its natural form.

I spent some time experimenting with this. I chose to use a simple and quite weathered shell, placed on a black piece of cloth. I used a variety of lighting:

and tried these out in a variety of combinations. The camera was set on a tripod and I used a remote trigger to allow for the increased time. I focused manually, but saw when examining the images that the focus was not always on the most interesting area of the shell. This would be worth revisiting using a greater depth of field.

I ended up with 14 variants on my first trial:

Out of these the ones that I thought most interesting were the ones with the point light, they dis not show as much detail of the whole shell as those with a more intense light such as the natural light with added flash, but seemed to have the potential to give more sense of the shape of the shell – so I went and experimented further. I used mainly a single point light from various angles , and then added in a second softer light to cut down some of the shadow. 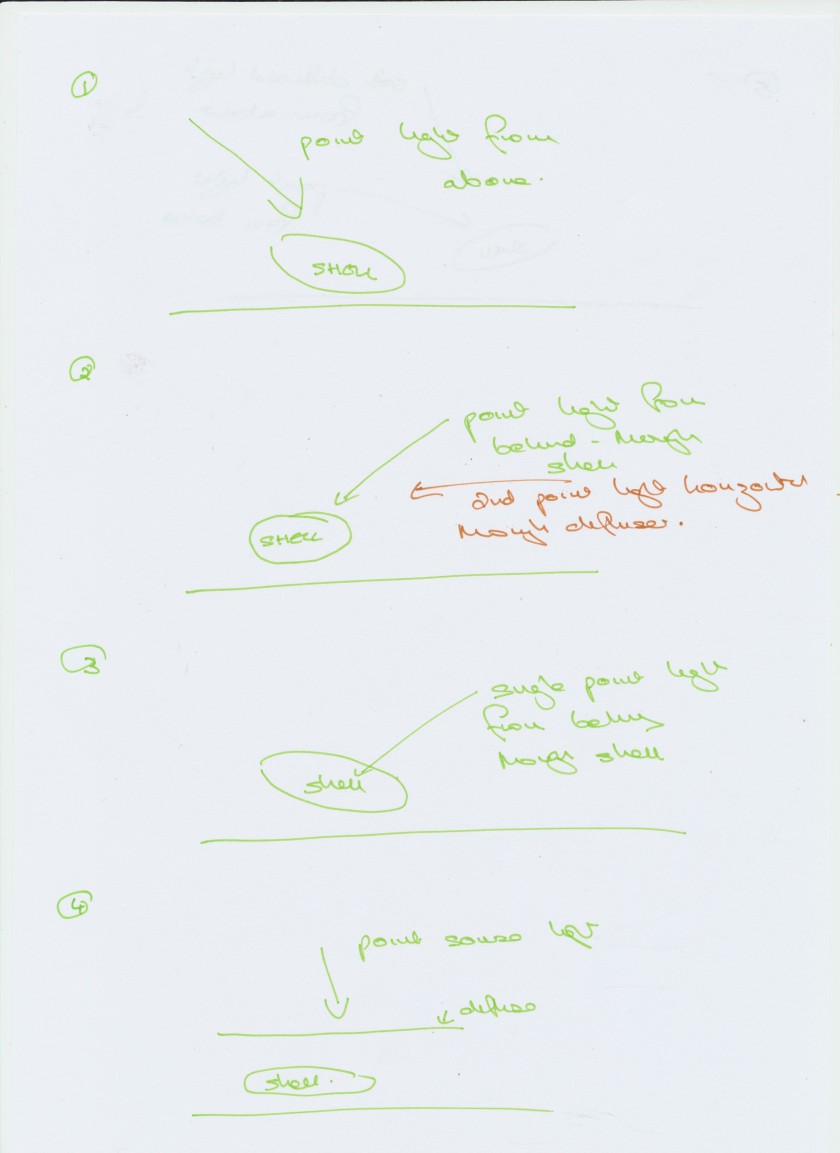 My overall favourite image is the top right of these using 2 lights with the inside of the shell lit up, and  a slightly softer shadow.

It would be worth experimenting further with flash bounced off a reflector.