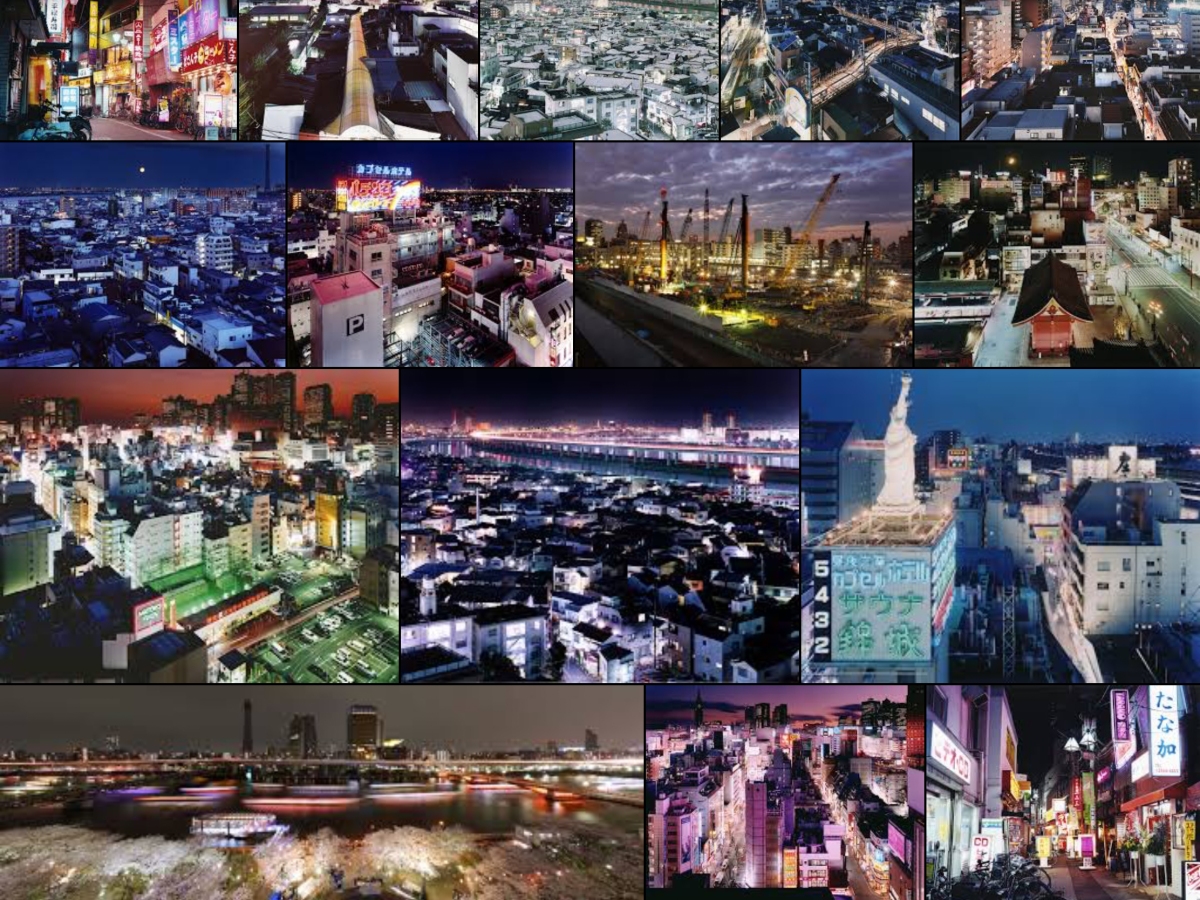 Images taken by artificial light have a different quality from those taken by natural light, however, that does not mean that they are all similar or that the colour palates or feelings invoked by those images are limited. The four photographers discussed below show a range of images taken at night or in the evening without the use of flash. Google searches of the images give an overview of the colours and contrasts between them.

Rut Blees Luxemburg (born 1967) has taken images at night with a medium format camera. These are very considered images. She says she will wander the streets and only take a few images a month. In the series ‘Leibesleid’ the images are intimate, of small, rarely considered areas, the edge of a street, a corner with writing on a wall, steps going down into water. She says, in an interview with Campany ‘space that allows for a moment of repose…… the quieter things are the more significant the sound’ (Campany, 2006).  The images are presented in a book along with writings by Alexander Garcia Düittmann which while not describing the them, rather talk to them as in a conversation with a lover. Luxemburg has also done a further series of images on a much grander scale, also at night, of the city and the tower blocks. An example is the image ‘Towering Inferno’ – a tower block at night looking straight into the windows from another tower. The colour palate of both series is very limited, golden yellows with browns, never quite absolute blacks. They are full of life, even though the people are not present, they have just stepped out of sight. A recent interview for Photoworks says ‘One can also think about the city as a ‘character’ in these photograph, one that’s alluring, open, glowing even… yet also ambiguously wet, slippery and dark.’ (Photoworks, 2017).

A simple google search for her images produced this, showing the limited colour palate and the coherence of her images: 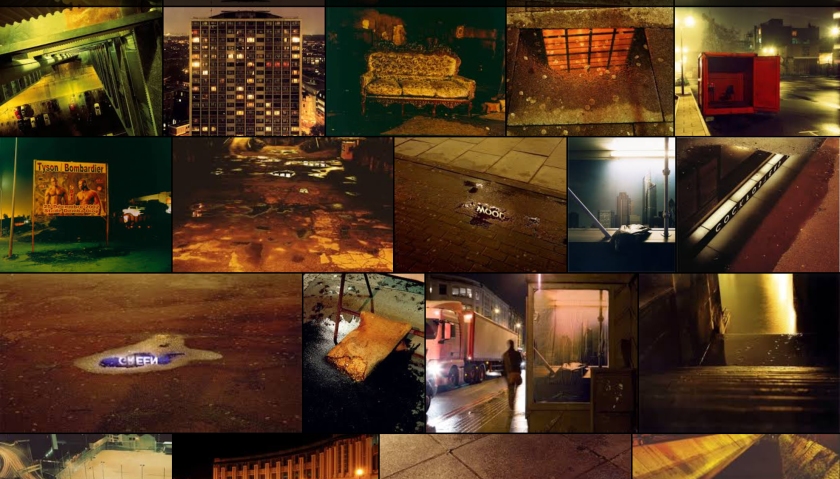 There is a shocking contrast here between the alluring golds and the harsh red and black that was seen in the recent images of the Grenfell Tower fire. Life versus death pointed up by the colours without even the need for the stories.

Brassaï (1899 – 1984) was fascinated by night scenes and some of his most famous work is shown in ‘Paris de Nuit’. These are very different, often spacious scenes, not intimate even though they often show people as well as the places. The light is harsh and clean.

He is quoted as being influenced by the painter Georges de la Tour (1593 – 1652), who painted many pictures of people by candlelight. Interestingly de la Tour also mainly used a golden/brown warm colour palate. It would be interesting to know what colours the Brassaï images would have been if he had had the opportunity of using colour rather than black and white.

Sato Shintaro’s (born 1980) images of Tokyo ‘Night Life’ are startling in their intensity, using highly saturated colour to show the neon signs and the vibrancy possible in artificial light. All colours are present. The images are fascinating, the city is shown as a place that is busy, alive and challenging but confusing. However, he has also taken a series of images ‘Tokyo Twilight Zone’ with more limited colour palates, red/green, blue/white. These are much softer, calmer, less confusing. It is hard to visualise that they are the same place as the other images.

Todd Hido (born 1968) is another photographer who has utilised artificial light in his night images of houses, shown in his book ‘House Hunting’. He describes finding one of the houses ‘I couldn’t even see across the street. I remember coming out of the flatlands and hitting this fog and it was just the most surreal and creepy neighborhood I’d ever seen. It had all the right combinations. I remember seeing that for the first time and just being blown away by it all … that sort of changed everything’ (Berton, 2006). The images of these houses at night have muted colours, greys and browns, mysterious, lacking in detail. They could be anyone’s house and are only identified by numbers not place names, often in a single colour palate. They are not dissimilar to his daytime images shown in ‘A Road Divided’, which are misty, often partially defocused evocative images. His style remains recognisable at all times of day.