When I thought about this exercise I came up with several options such as capturing an animals’ movement e.g. a dog in mid leap or a bird in flight.

I then thought further and decided to have my own go at emulating the ‘milk drop’ photographs. I found this technically quite challenging. I set the camera to 1/8000 sec, and focused on the surface of water in a bowl. Initially I left the camera to set the aperture, which came out with the largest possible, but I found this cut down the depth of field too much so was not getting the images I was visualising, so changed to a fully manual mode with an aperture of f/9. I used my flash and a tripod to hold the image position stable. My assistant (my son) then slowly dipped water into a bowl while I tried to capture it landing. We had many failed attempts:

Eventually I got some images I was happy with. I have added contact sheets of a number of the images, marked with the ‘picks’, ‘top choices’ and the final preferred image.

The final image that I chose was: 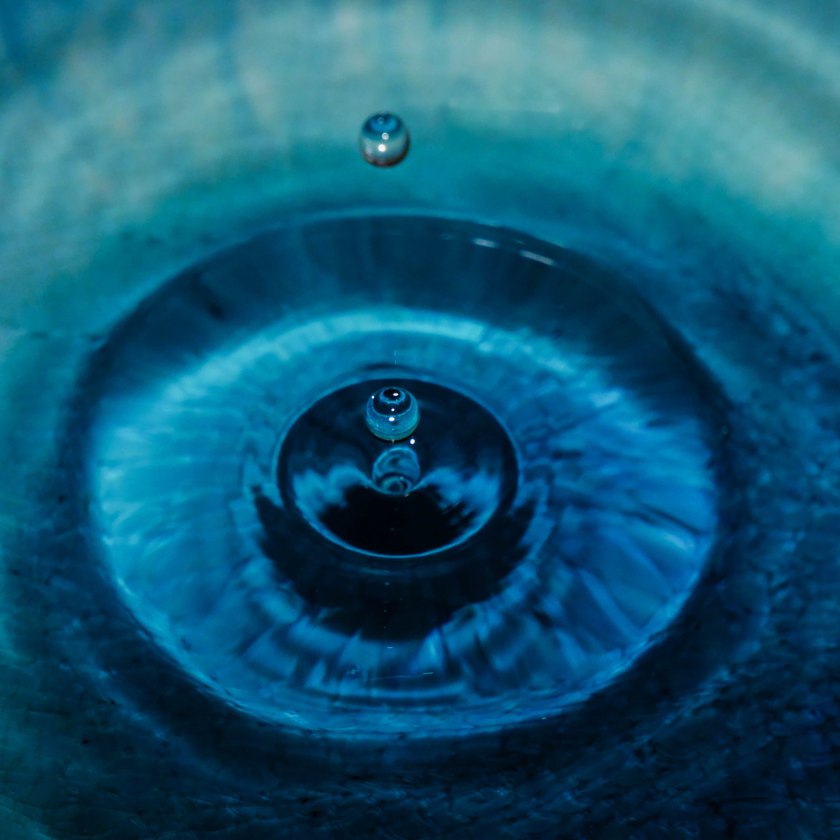 I felt the colours and pattern were interesting. I am aware that the higher drop is not totally sharp but felt it leads the eye to the drop that is just about to land. This was a fascinating exercise to carry out.